20 Wedding Anniversary Quotes for Your Parents When your parents celebrate a wedding anniversary, it’s not just a celebration of their love and marriage. It’s also a testament to the strong foundation they created for their children and families. They’ve worked hard over the years to provide for you and your siblings, so it’s even more important to show your appreciation for them on a day as special as an anniversary. Wishing your parents a happy anniversary is more than just a simple statement; it’s a way for you to express your gratitude and joy for being a part of their lives. Show your parents how much you care with these sentimental and celebratory anniversary quotes.

1. I feel so lucky to call you both my parents and I hope to have love like yours someday. Happy anniversary!

2. Because of you both, the world knows that truth and love exist. Keep these beliefs alive and cherish one another. Happy anniversary, mom and dad! 3. You are the parents that all kids hope to have, you are the couple that all lovers hope to be and you both are the pillars of support that every family wishes it had. Happy anniversary to the best parents ever.

4. Hoping that the love you shared years ago is still as strong today as it was then, bringing you much joy, love and happiness to celebrate again. Happy anniversary!

5. Remember the yesterdays, plan your tomorrows and celebrate your today! Happy anniversary to a lovely couple. 7. You have always taught us to attain milestones in life. Congratulations on attaining one yourself. Happy anniversary to our dear parents.

8. “The best thing to hold onto in life is each other” – Audrey Hepburn 10. Some of my friends want wealth, some want success and others want fame. But I want to have a life like yours when I grow up. Happy anniversary.

11. “Two souls with but a single thought; two hearts that beat as one.” –John Keats 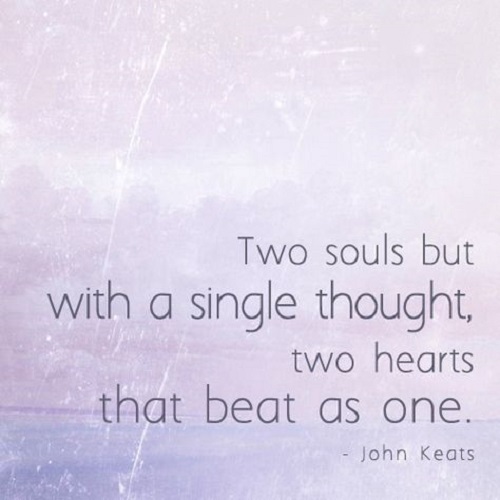 Photo Credit: The Beauty of One

12. Years will pass by and one anniversary will arrive after the other, but your love for each other will always be forever. Happy anniversary.

13. The institution of your marriage has taught us core values of life, which no other institution in the world can teach. Happy anniversary mom and dad.

14. May the biggest of challenges in your life be limited to making every anniversary better than the previous one. Happy anniversary to you both.

15. “Love is something eternal; the aspect may change, but not the essence.” – Vincent Van Gogh 16. I always thought that phrases like ‘once upon a time’ and ‘happily ever after’ only existed in fairy tales. But your marriage made me realize that they exist in real life too. Happy anniversary.

17. Earthquakes, tornadoes, tsunamis or volcanoes – nothing has the power to shatter, the love between my mom and dad. Not now, not ever. Happy anniversary.

18. It is because of your successful matrimony, that we have been able to live with so much harmony. To parents who I love so dearly, I wish you both a happy anniversary.

19. Most kids take a lot of time to figure out what they want their futures to look like. But I have known from the very start what I want my future to look like – exactly like your present. Happy anniversary mom and dad.

20. You will never be able to renew your wedding vows, because you both have not let them expire in the first place. Happy anniversary mom and dad.

Your parents’ successful marriage serves as an inspiration and goal. There is nothing in the world like the power of a strong relationship. On a day as momentous as your parents’ wedding anniversary, be sure to tell them how much they mean to you with these special quotes. Whether you choose to send a card, call them on the phone or surprise them with a visit, your parents will love that their anniversary is just as important to you as it is to them.